Alexander The Great – The Greatest of Them All by Tom Holland 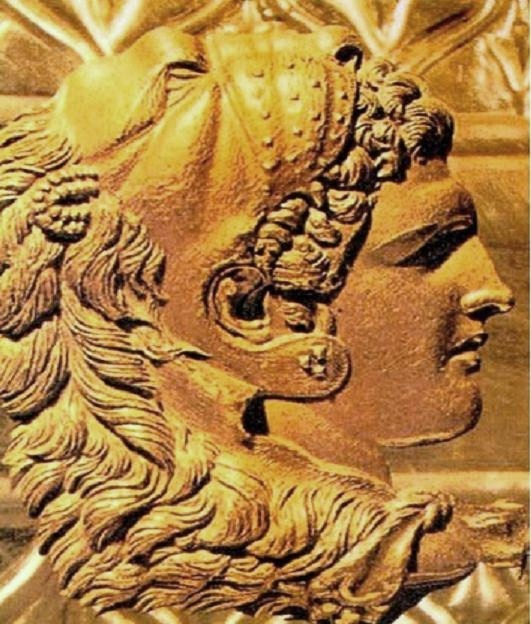 The Greatest of Them all. Revisionist professors, Hollywood turkeys, even the pacifist spirit of our age cannot wither the incomparable mystique and terrifying glamour of Alexander of Macedon.

‘All those who write about Alexander,” grumbled the Roman geographer Strabo, “prefer the marvelous to the true.” Such a criticism was not entirely accurate even when he made it 2,000 years ago, and it is certainly not fair now. We live in an age of groundbreaking classical scholar ship, when historians of the ancient world have only to get the sniff of a myth to set about busting it. Yet Alexander, more even than Cleopatra or Julius Caesar, has stood insouciant proof against every attempt at revisionism. No amount of cheese-paring by classicists can dim the brilliance of his luster. He remains what he has ever been: the epitome of youthful, world-conquering, terrifying glamour.

We are, perhaps, more squeamish about the collateral damage inflicted by his ascent to greatness, and less prone to celebrate it, than earlier ages. “Is it not passing brave to be a king, and ride in triumph through Persepolis?” Christopher Marlowe demanded in “Tamburlaine,” his blood-sodden drama about a megalomaniacal one-time shepherd who had swaggered and slaughtered his way to a vast Asiatic empire in the 14th century. In point of boring historical fact, the mention of Persepolis in his hero’s vaunt is a serious anachronism. The city had been burnt to the ground long before the time of Tamburlaine, all the way back in 330 B.C. Marlowe, however, was a playwright, not a historian—and he could recognize a poetic truth when he saw one.

The man responsible for destroying Persepolis had been none other than Alexander: the feat that broadcast his triumph more blazingly than all his many others, since the city had served, for almost two centuries, as the capital of Asia. The Achaemenids, a Persian dynasty whose rule had stretched from the Aegean to the Hindu Kush, had demonstrated in unprecedented fashion just how vast an empire might be. Alexander, by defeating them, had wrested from them their claim to global rule. Such was the heritage—of looting, bloodshed and unabashed imperialism—to which Tamburlaine in turn had laid devastating claim. No wonder, then, in Marlowe’s rendering of his protagonist’s career, that he should instinctively have alluded to the greatest conqueror of them all.