Statuette of Alexander with a Lance (Now Missing) 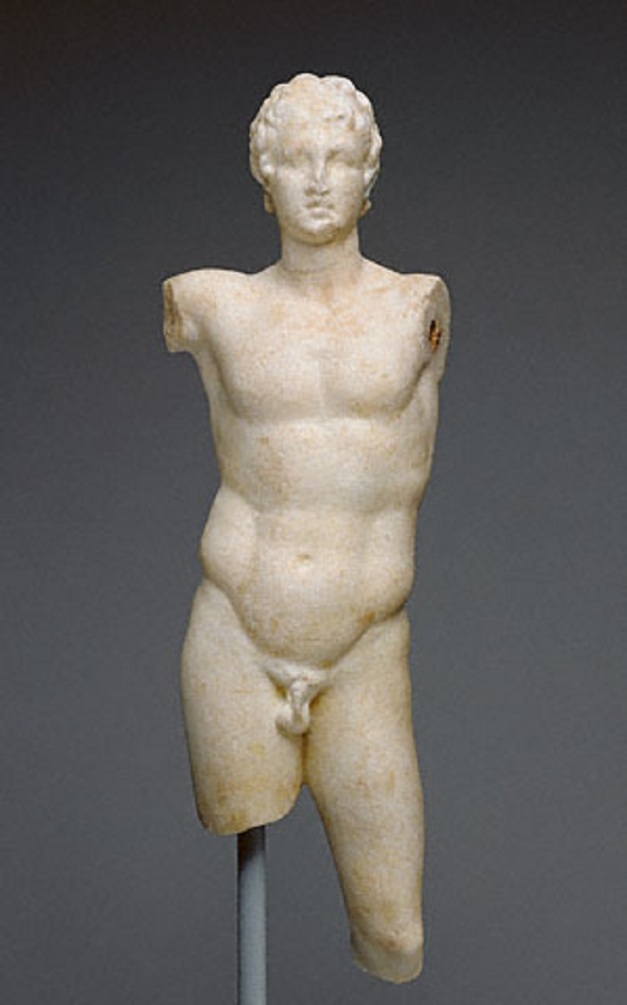 Ancient authors record that Alexander the Great was so pleased with portraits of himself created by Lysippos that he decreed no other sculptor would make his image. Although this statement is probably exaggerated, Lysippos did make some of the most powerful and lasting images of Alexander. It also shows Alexander understood the propagandistic importance of his image and the need to control it.

Lysippos’s statue “Alexander with a Lance,” made in the 320s B.C., portrayed Alexander armed and naked, echoing the great heroes of Greek mythology like Achilles with whom he identified. He stood with his weight on one leg, one arm extended and holding a spear, the other hanging down at his side. This broken statuette, carved in the 100s B.C., is a small-scale variant of that original. One of numerous surviving posthumous images of Alexander made well into the Roman period, this statuette may have been a private devotional image related to the worship of Alexander as a god. Its owners certainly valued it, since the statuette was repaired and reworked in antiquity.